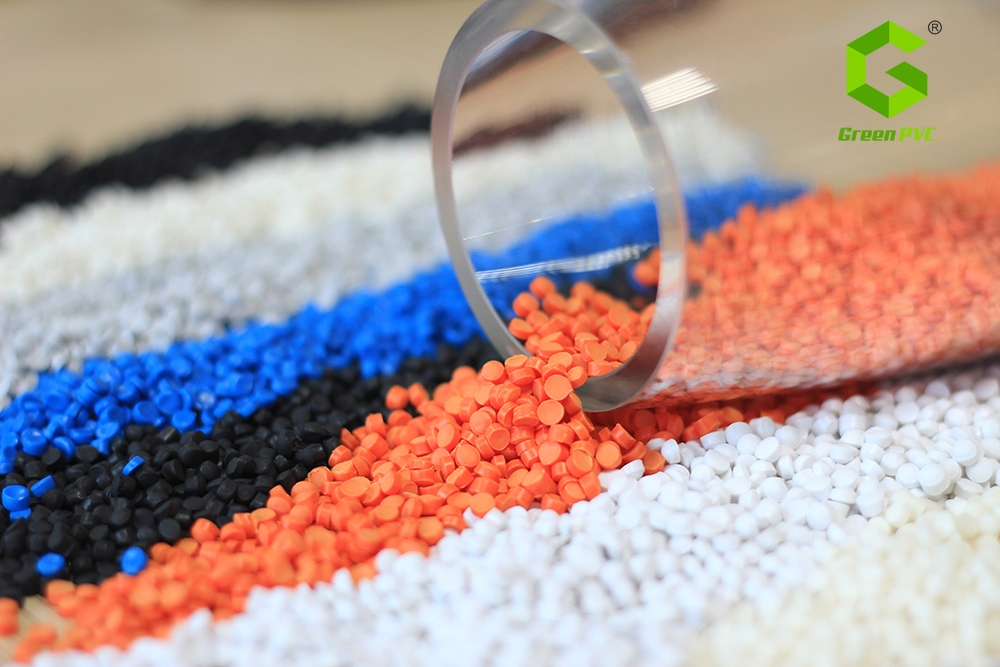 Having followed the success of CaCO3 and Filler Masterbatch projects, Nhat Huy Group continued to invest in the PVC Compound project in 2014 with the founding of Green PVC Jsc. Thanks to the advantage of self-sufficiency of a part of materials and  experienced and devoted technicians, Nhat HuyTM PVC Compound has been attacted the attention of customers from more than 20 countries with factory's production capacity of 1000 tons per month. Nhat HuyTM PVC Compound is widely used in applications such as: Cables Insulation and sheathing, PVC pipe Fititng, Hose, Shoes sole,...

Our project's goal is to provide our customers with high-quality and cost-effective products in order to help them stabilize production and save cost.

Founded more than a decade ago, we have been doing business with customers from all over the world, spreading across five continents. With access to abundant and high quality stone sources, a strict material screening process and advanced technology, we have the capability and confidence to satisfy all of the key requirements of the global market. We are striving to reach the goal of becoming a “Global Brand Name”
and our mission is being pursued by a team of hundreds of young and passionate employees sharing the same desire to succeed.

With access to abundant and high quality stone sources in Central Vietnam with an estimated reserve of millions of tons, Nhat Huy Group was established in 2004 in Hanoi, Vietnam with trading and manufacturing of calcium carbonate, barite and marbles remaining at the heart of its operation.

In 2010, Nhat Huy Group expanded its marble production capacity by establishing Thanh Xuan Marble JSC, focusing on mine exploitation and manufacture of marbles and related products.

With the realization that natural stones were not up to customers’ satisfaction in certain applications, a new factory was established under the name of Vietnam Quartz JSC in 2011, specializing in Quartz surface (artificial stone) manufacturing.

Following from this success and in response to the soar in demand of Indian and Bangladesh customers for calcium carbonate, the third member of Nhat Huy Group, Global Minerals JSC, was founded a year later to meet the needs of various industries.

In 2015, in an eﬀort to raise the production of Calcium Carbonate Powder, we transformed Thanh Xuan Marble JSC into Thanh Xuan Stone and Mineral JSC.

At the beginning of 2016, Green PVC JSC was founded to release our new high-end product, PVC Compound. Within the same year, a new factory, Global Minerals JSC 2, was set up in order to raise our Calcium Carbonate Powder production to a new level.

With a coherent strategy, by taking advantages of our manufacturing system and subject matter experts, we are fully equipped with sufficient capability and confidence to satisfy all necessary requirements of the global market.

Since 2016, Nhat Huy Group has researched and invested in ECO-Pack factory to produce woven and non woven bags. With modern technology, skilled engineers and full modern production line, ECO-Pack factory with the capacity of 10 million bags per month is cable to meet the strictest demands of international customers. Looking back on Nhat Huy Group’s achievements, we are really excited and proud of our contribution to the overall development of the Vietnamese economy as well as to the rapid development of our strategic partners around the world.